What an action packed pervious several months I have had! So many opportunities and exciting happenings, and I’d like to think I’m doing my best to make the best of them and go with the flow! After returning from my winter trip to Germany, I moved down to McVean’s property in Cambridge. While Katie was pregnant, I helped out by clipping out and bringing her showjumpers into work for her. I also starting working racehorses, which was a huge learning curve as I’d never had anything to do with them before! I stayed on for four months and continued to help out with working showjumpers and pre-trainers at home. I was also lucky enough to have four of my own horses with me during this time, and traveled to the shows in their truck. 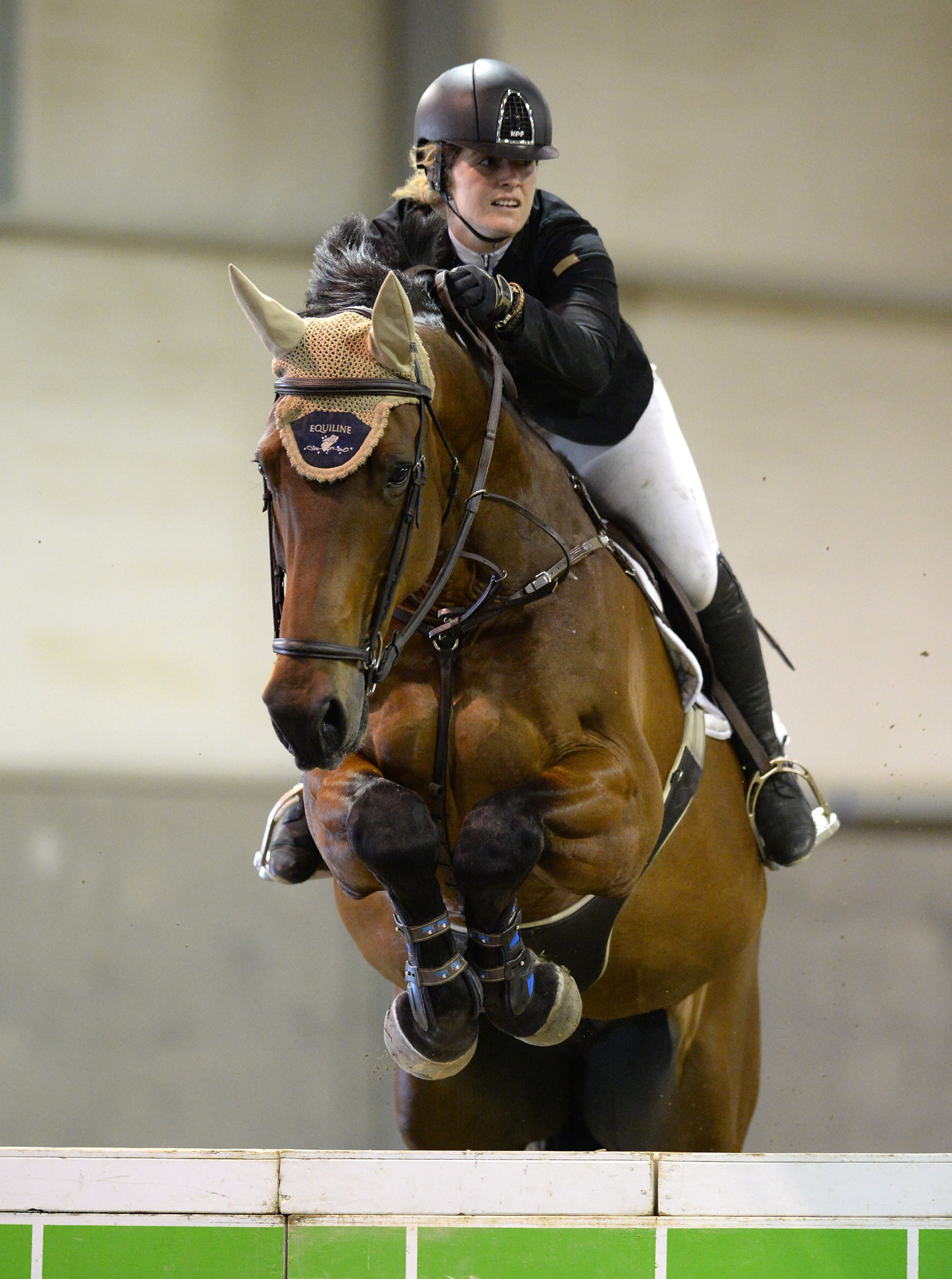 This season I started Ruegar in the Young Rider and Grand Prix series classes and aimed Detailed at the Juniors and speed classes. Both have performed very consistantly and successfully with a number of wins and placings, including Detailed coming in runner up in the North Island Junior Championship and Ruegar winning or placing in all but two of his Young Rider starts. Ruegar and I also had our first start at World Cup level.

Not long before Christmas, I was offered the position as the rider at Xtreme Sporthorses, jumping a team of six horses from 4yos to 9yos, and riding 15-20 horses of 3yos and older at home. I clicked well with the 7yo, Lanstar, and we had a number of placings, including winning the 1.20m Championship at the North Island Champs. I also made my first ever foray into the showhunter ring with the 7yo Cassini II mare, Cassaro, and took out the North Island Open Horse Showhunter Championship and High Points, as well as the High Points and the Championship at the Horowhenua AP&I show. During my time down south I also acquired another very cute dog, Rosie! 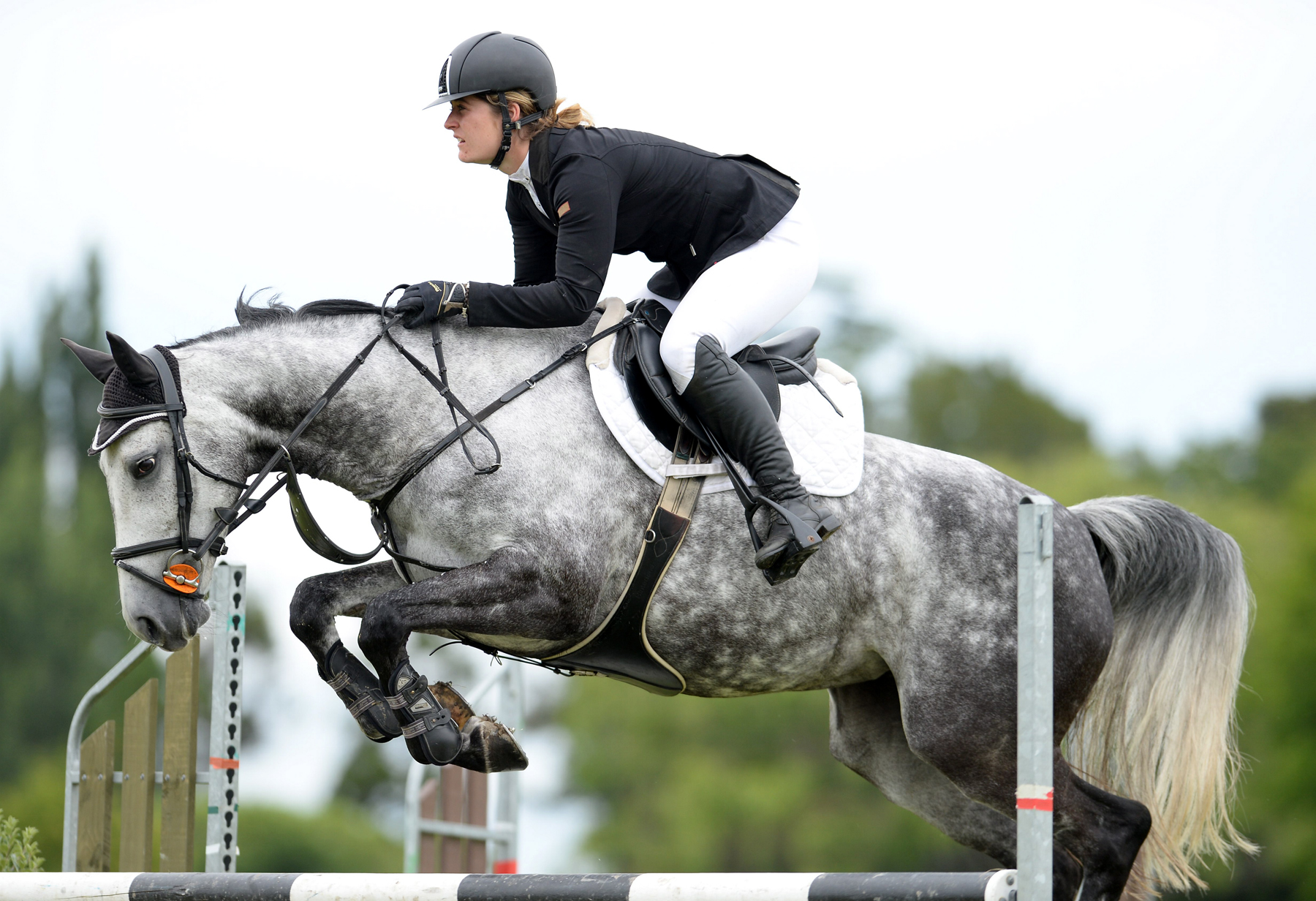 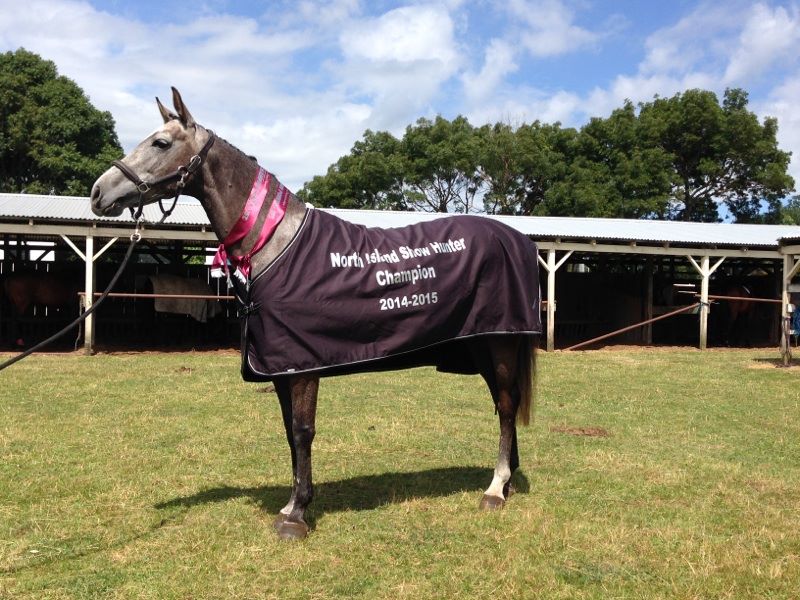 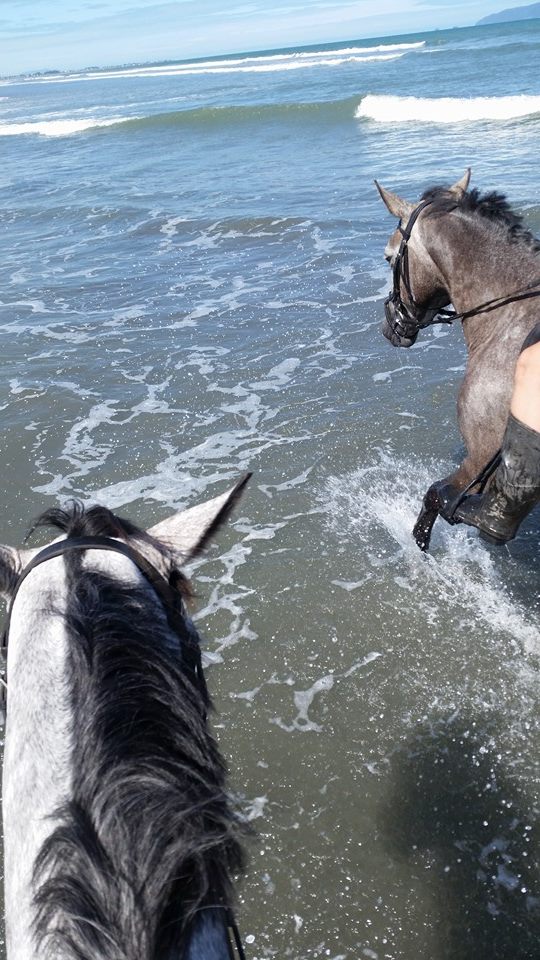 In January, after winning the NZ World Cup Final, and taking the series, Katie Laurie gave me a call and asked if I would travel to the States with Kiwi Iron Mark and Frangipanne de Toxandria to keep them in ridden training and look after them in the lead up to the World Cup Final held in Las Vegas in mid April. Of course there was no way I was not getting on that plane, the opportunity to learn was immense; backstage at the World Cup Finals, the only thing better would be to be actually riding at the final! This meant unfortunately turning my horses out and foregoing the rest of my NZ season, which was particularly disappointing as Ruegar was really coming online and I had big hopes for him at HOY. I’m now writing this from San Diego, where the horses have both settled in very well at a beautiful property. Jeff flew with the horses, and stayed on for the first week and then left me to it. We have a very good programme leading up to Vegas, the horses handled the flight well, and are now gradually building up their workload. I’m very excited to be a part of this adventure, and to see how the horses progress over the next couple of months.